Chris Evans's Workout gets results, clearly. Working with the experts and the best in the business has helped craft this Captain America body. What can you learn from it for to you?

We researched Chris Evans’ workout routine, and to our surprise, it is as clean and simple as your usual gym routine.

How did a skinny Boston guy, who doesn’t enjoy eating heavy, hates leg days, and only trains chest, arms, and abs, manage to become Captain America?

His training lasted for three crazy intense months at a time, which completely transformed the size and power of Chris Evans’ muscles. The Hollywood personal trainer, Simon Waterson, who keeps the 53-year-old Daniel Craig (aka James Bond) forever young, guided him straight to the Marvel world.

Chris Evan’s Workout Routine Before Being a Superhero

His PT, Simon Waterson, criticized Chris Evans’ workout before the Captain America adventure. He used to skip leg days and only focus on the chest, arms, and abs workout. According to his interviews, Chris Evans’ muscles were underdeveloped, and he had a short time to make sure he would reach his goal.

The actor is definitely blessed by his genes of a skinny, lean body that doesn’t take up a lot of weight, be it muscle or fat mass.

According to his PT, he would do tons of push-ups, but no pull-ups or deadlifts of any sort and had underdeveloped leg muscles. The Winter Soldier still hates leg days and doesn’t like hanging around the gym.

Chris Evan’s workout doesn’t include a lot of gym machines. He mainly worked with his body and free weights. In an interview for the Bodybuilder, he mentioned doing tons of weighted pull-ups, chin-ups, push-ups, and dips. Such a military routine for a soldier superhero.

He shared many details in Men’s Health’s cover interview before the release of Captain America. Chris Evans’ workout would typically be two hours long. He would then have a cardio circuit or abs workouts as a finisher. No wonder he also openly expressed he would sometimes look for any excuse to not show up.

The actor gained 5 kilograms, from 77kg to 82kg, and reduced his body fat mass from 12.5% to 8%. His trainer shared that the most important thing for him was to ensure the bulking process went right. He wanted Chris Evans’ muscle to get bigger and more powerful, while losing mostly fat mass without undergoing any health problem or injury.

For that, he used glutamine and BCAA to ensure the recovery of the damaged muscle tissues and avoid catabolism, the process of burning muscle mass for energy.

In Chris Evans’ workout program, more than just aesthetics were involved. Not only did he have to look proportionally ripped but also build the explosive power to perform the action scenes. That meant taking up combating and swimming as well as adding plyometric exercises. In his many interviews, he expressed he particularly enjoyed the flipping, jumping, spinning bits in the gymnastics classes he took.

Fun fact, Chris Evans’ muscles were trained all throughout the movie because of his 6kg costume, helmet, and shield.

Some Sundays, he would train the muscles he overlooked during the week or perform a cardio circuit for 15-20 minutes. Now that we know the specifics, Chris Evans’ workout is far from being impossible or out of reach for anyone.

The Complete Push Pull Legs Routine You Need to Know 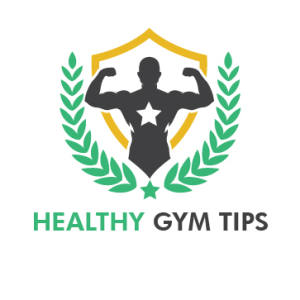 The best fitness gadgets you should use

How to Make a Complete Annual Gym Workout Plan

Be the first to know with the latest tips, deals and special offers via email.